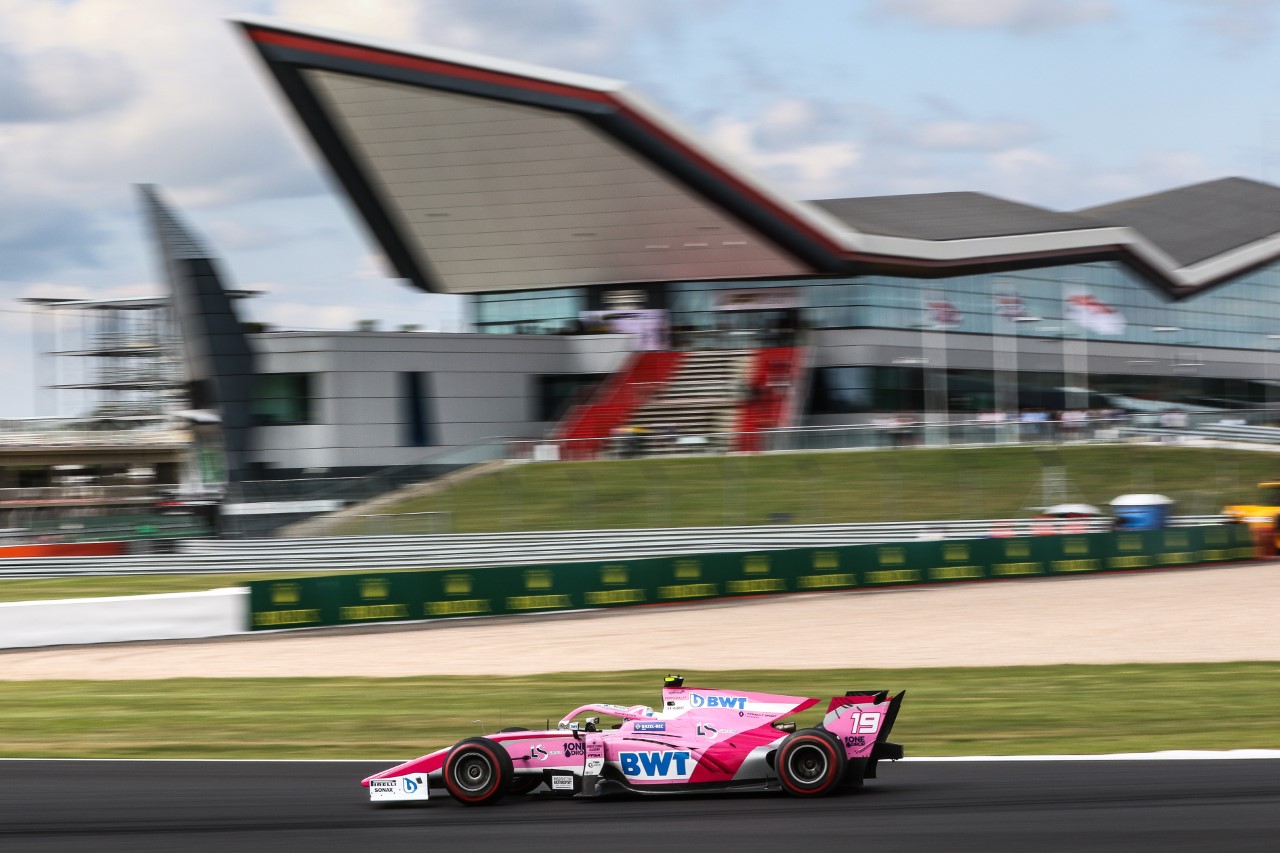 Overall, the results from the weekend at Silverstone was decided at the start of Saturday’s feature race when a technical problem prevented Anthoine from flying off from his 10th place on the starting grid and mixing it up with the leaders, putting him a lap down and dashing any hope of getting a good result in either of the two British races.

Anthoine started the weekend tentatively on the new Silverstone tarmac, which did not suit his car at all. But after a complicated free practice session, he bounced back in qualifying to join in the fight for the top 6, that was until traffic halted his goal.

« In free practice, we encountered a lot of difficulties, but we raised the bar in qualifying. I was 7th on the first set of tires, but I came across traffic on the second run and I could not progress any further, unlike my opponents. Nevertheless, 10th place was not too bad because we are better in race trim, so the top 8 in race one was within our reach ».

When the clutch doesn’t work

AAt the start of the first race, Anthoine's clutch, brand new but not set up perfectly, stalled the engine. Pushed back into pit lane, Anthoine re-joined the pack one lap down and, despite a good pace - which secured him the 7th fastest race lap - he had to resort to using the event as a test session to gather data and experience.

« Very quickly, any hopes for the weekend were dashed. I followed the procedures to the letter, as I have done from the beginning of the season, but the clutch was not set up well and stalled the engine. The brakes then overheated, there was a fire and I was forced to start the race from the pits. It's a shame because the top 8 was a realistic target and if this didn’t happen, the weekend would have been a whole different story! ».

From 18th on the grid for race 2 on Sunday, Anthoine scored the biggest comeback of the day, taking the chequered flag in 11th place. However, his favourite circuit, Silverstone, now leaves him with some bitterness that he will need to dissipate before the next races in Budapest, in three weeks time.

« I gained several positions early in the race, but we didn’t have the pace to get into the points. We have accumulated disappointments this weekend and it is quite frustrating for it to happen on the Silverstone circuit, which I particularly like. But we must remember the positive aspects: we confirmed our progression in qualifying compared to the beginning of the year and the pit stop went very well. Our racing potential is intact and I hope we will resume our march forward in Budapest ».