Anthoine shines under the Spanish sun! 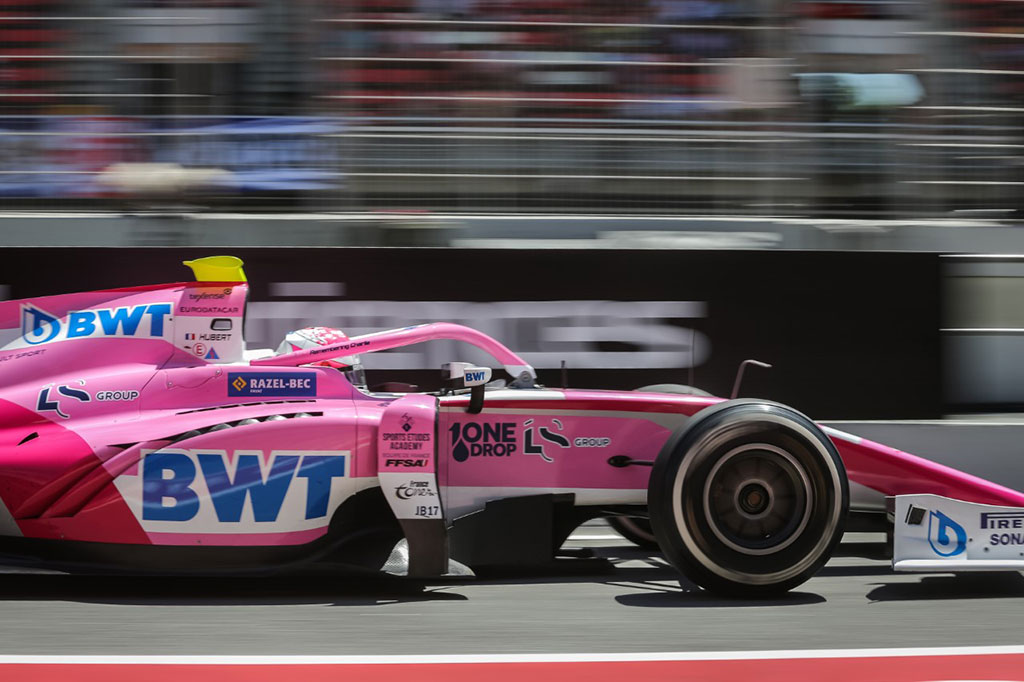 For the European round of the season, the Formula 2 championship took up residence at the team’s favourite winter testing venue, the Circuit de Catalunya, in Barcelona. Anthoine was eager to find out whether his performances in Bahrain and Azerbaijan would be validated in Catalonia where the rookie and his team, HWA Arden, struggled to draw the ideal performances from their car, mainly in qualifying configuration. After a solid free practice session where he finished in the top 10, Anthoine started off on the right foot in qualifying by mixing in the fight for the top 6 together with many experienced drivers in the Formula 1 feeder series.

« The end result did not go in our favour, and 15th place was a real disappointment that did not reflect our potential. I was 7th on the first set of tires and we were a little misled on the strategy ... I didn’t come out at the right time and I was hampered by traffic on my last lap. While the others were improving their time, I did not… ».

With the disappointment of qualifying easier to deal with knowing it wasn’t his fault, Anthoine concentrated on his strengths to build a strategy for a bold race. Starting on the hard tires with the idea of ​​making a late pit stop, he was slowly but surely back in the leading pack by carefully avoiding any risks while overtaking his rivals and recording a fast race pace. 12th on the second lap, Anthoine joined the leading three on the 9th lap when the leaders stopped to change tires. The driver from Chartres overtook both King and Boschung - who had adopted the same strategy - and led the feature race in Barcelona from lap 19 to 32 of the 37 laps, when he swapped his hard tires for the soft. Leaving the pits in eighth place, he fought back to 6th at the finish.

« It was a nice comeback, 9 places is good ... but without tasting the champagne, without a trophy, without a podium, my happiness was not complete! The most frustrating part was that we lost too much time during the pit stop, 4 seconds is too much and too often! It is absolutely necessary to progress because to lose so much time on such an important phase is penalizing for us. After my pit stop, my first goal was to get the grid reversal and our strategy worked very well. It was very nice to pass so many drivers and see my name climb up the ladder ».

A history of rubber

Hidden in the shade of the grandstands at the start of the sprint race, Anthoine took straight to the lead from lights out to head the race by sneaking between Ilott and King, bringing in his wake the Dutchman of Nyck de Vries. Anthoine led the first 6 laps without being destabilized by the pressure exerted by de Vries. On the 7th lap, the use of the DRS was Anthoine downfall, who gave up positions to both de Vries then Ilott. Subsequently, his car did not have the potential to compete with the leaders of the championship, but Anthoine never let his mind or control crumble and he secured a beautiful 5th place finish that allowed him to secure a good haul of points in Spain and to slot into 7th place in the championship.

« I had a very good start and it was the first step to climbing onto the podium and win. But from the first laps I felt that the car was not like it was the day before. But, overall, it is a very solid weekend, with some very good points and if I had been told this winter that I will be 5th and 6th in Barcelona, ​​I would have signed right away! I had two great races and the team also did a great job with the pit stop strategy and timing. We continue to progress and it is very encouraging. We must continue to fight at the front, this is the most important thing, as well as taking another step toward perfecting efficiency during pit stops and qualifying ».