Anthoine is full of bad luck in Hungary 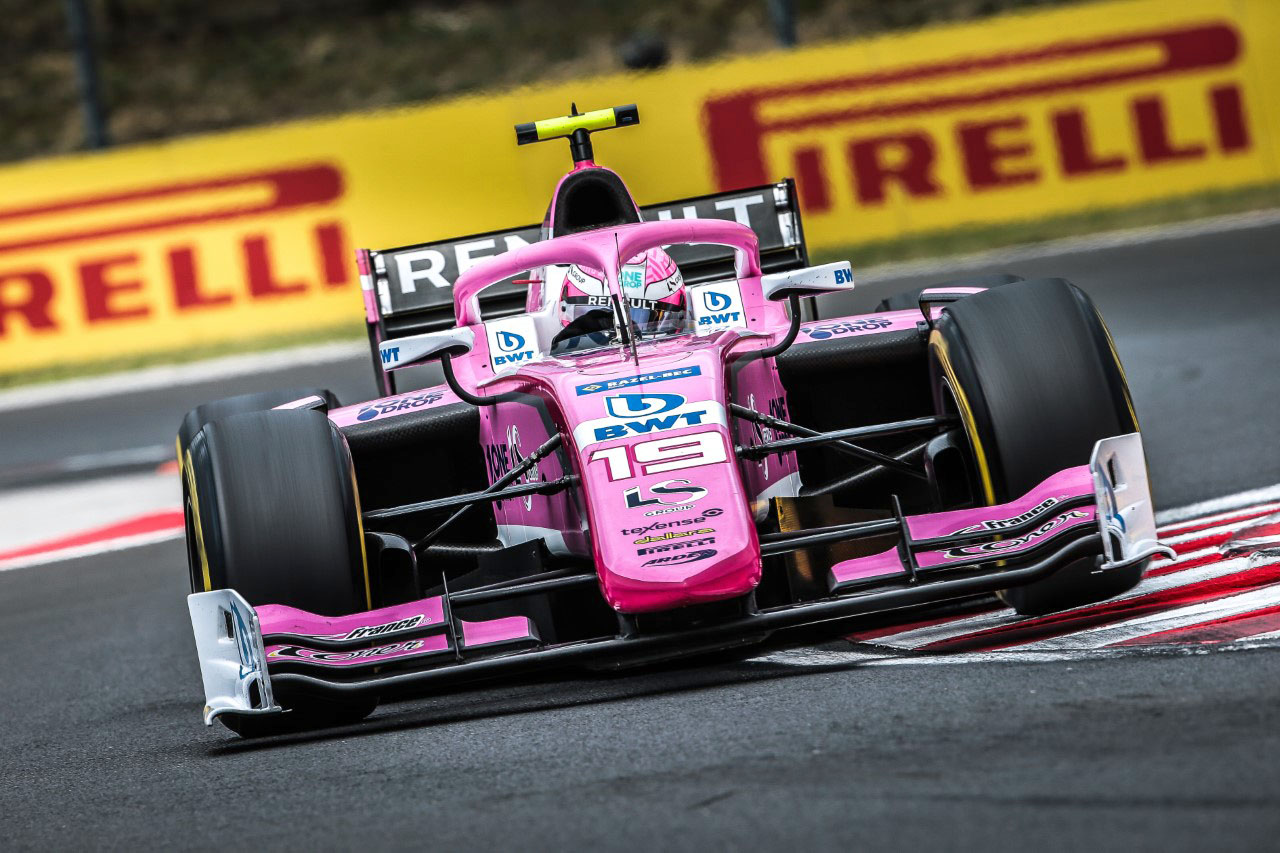 The 8th round of the 2019 Formula 2 season will remain as one of the most frustrating for Anthoine. On the Hungaroring circuit, it alternated between warm and muggy weather with rain showers, but also a big wash-out for the young driver from the Renault Sport Academy.

Anthoine had prepared well for the event, using the simulator as well as video analysis from previous races in Budapest. He knew that a good place on the starting grid in race one was a prerequisite for good results in both races.

Author of the 3rd fastest time in the only free practice session of the weekend, Anthoine had to start afresh in qualifying when a downpour required drivers to put on rain tyres, which Anthoine had no experience using. However, he slowly but surely progressed throughout the session to record the ninth fastest time. A promising position to be considering the application of the reverse grid for the sprint race, which sees cars start in the opposite order in the top 8 from the first race.

« Free practice will remain as the true marker of our potential for the weekend. In the dry, on a regular basis, we have been fighting for the very first places. Qualifying has not gone well for several reasons. One of them being the first time I have driven the F2 car and on those tyres in the rain. But 9th place was a good starting point for our goals, which were to score points and be well placed on the grid for the second race ».

At the end of wet qualifying, a wash-out descended on Anthoine: his team accidentally fitted a tyre belonging to his team-mate, Tatiana Calderon, on his car, and vice versa. The sanction provided by the sporting regulations was final: Anthoine was disqualified and forced to start from 18th on the grid.

With the bit between his teeth, he was the author of a strong start and a remarkable first few laps that propelled him up into 11th position by the 6th lap. Starting on hard tyres, Anthoine was all the way up into second place before observing his mandatory pit stop, from which he emerged in 12th.

The young Frenchman quickly fought his way back to the pack in front of him and closed the gap by more than a second per lap to his opponents - by recording the fastest lap of the race several times before losing it by 2 thousandths of a second - when a safety car brought his charge to a grinding halt when 8th place was just within his reach.

« We had all the possible misfortunes we could have: disqualified, we were suddenly interrupted in our fight back and we lost the fastest lap at the last moment. I had a good start and gained five places very quickly. The strategy was good and I caught up with the pack: I started to activate the DRS and to overtake cars and 8th place was in sight ... when the Safety Car came out. It's extremely frustrating because we had a lot of potential and we can not afford to waste it with silly mistakes such as the one with the tyres ».

The Sprint race quickly revealed its scenario when the positions were frozen in the first meters. In single file, the drivers all benefited from DRS, so the beneficial effect of increased speed in a straight line was therefore annihilated, meaning there was a definite shortage of overtaking! Starting 11th, Anthoine took the checkered flag, still in 11th position.

« The clutch did not react well and I lost three places at the start. I picked them up later, but it was a static race where it was very difficult to overtake. Points were not within our reach. This is the fifth race in a row that we haven’t scored any point and the summer break is timely. We must take advantage of the coming weeks to ensure that we recover our momentum from the beginning of the year. These are just small details, but they make all the difference between a failed or successful weekend! For my part, I'm going to take some rest and then I'll do a physical training course with Renault: crossing the Pyrenees by bike, from Hendaye to Perpignan. I am looking forward to it! ».